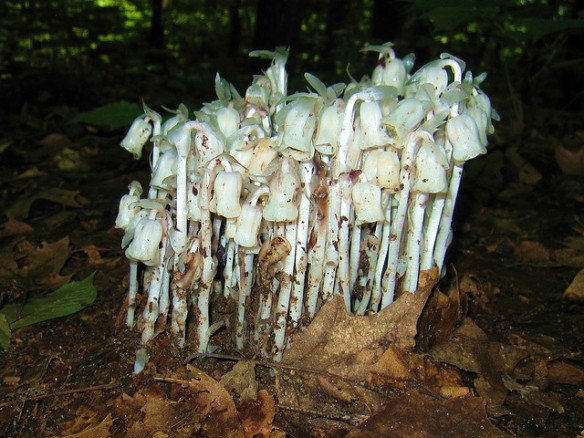 a soft slide, a catch with a kick, then more sliding, the dirt hissing down, or your boot, or all of your skin ruffling, and then it may be you who turns out to be a swath of scarth, swaddled at the bottom in scree, or forcing a wasp to the top of a window, dropping a teabag into a cup over and over, forgetting to boil the water. 1year of unlimited laser hair removal sessions. like john cage, not frightened of new ideas, only old ones. microbes that rely on the hydrogen and carbon dioxide in their superheated deep-sea vents for growth, excreting waste products like methane. how bald can you be. what can you afford to be without. fingers, hands, glial-synapsial connections, seeing the indian pipes, ghost flowers, at night. down by the river.

After a summer break, it’s back to ynklings, with a new twist. I’m going to add some prose pieces I’ve been doing. They should string together into something longer – we’ll see. The first section is of my grandparents landing in Portland, maine, from Southhampton, england, in 1912. 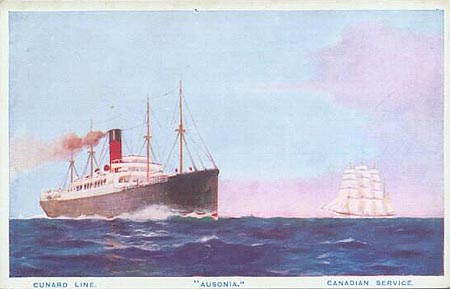 Passengers thronged, pushed up against Florence Louisa, gripping the passports and Gwennie’s hand. Where was Phillip. She couldn’t see him anywhere.

She was glad of her good wool suit, of the skirt warming her ankles on this November 30th. The sun though, was strong. Her wide-brimmed hat shaded her face. The slim cut suited her height, her tall willowiness. One good thing about growing up hungry, you stayed slim.

After the Titanic sinking in April, fares to fill up the ships in November had gone down considerably. It had helped them make the decision to come to her brothers in Montreal now, while Phillip was still able to be part of a new life. Perhaps the doctors were wrong. Perhaps he didn’t have a tumour. Perhaps the clean air of Canada would be good for him, and he’d get back to being her big strong sailor-husband. How handsome he was in his uniform. How happy she’d been that day in Devonport when they’d married.

It had been a long cold voyage. At least they’d been able to get a room for the family, thanks to her rich brother. It was small; they kept tripping over each other and it was hard to keep as clean as they were on the farm. Washing shirts and blouses and underclothing in that little sink, hanging it in the stuffy room. Paying to have a bath! The smells of steerage driving them out on the decks as long as the weather wasn’t too bad. Too many people too crowded together. What a relief that their ship had arrived safely. Never again would she cross an ocean if she could help it.  The Ausonia was only three years old, but it was really only a cargo ship, loaded up with immigrants, and third class wasn’t the easiest way to travel. Those knock-down berths…

Dry land again, thank the lord. The only one who’d enjoyed the ship, apart from her retired sailor husband, was Frank, and she’d just let him go. Eight years old and too quick for his own good. He hadn’t fallen overboard, whether that was due to him spending time with his father, to her warnings, or to the sailors watching carefully over small boys who darted everywhere, in awe of the behemoth they were travelling on. He wanted to be a sailor too; at least that’s what he dreams of this week. Does Canada have a navy? he’d asked, and yes, Phillip had said, he was pretty sure there was a navy.

She took Gwen’s hand, gave strict orders for Frank to stay near. Gwen still looked wan, though sturdy for a six-year-old. Her seasickness had continued right down to the last day. It was a bit of a worry; if the immigration authorities thought that she wasn’t healthy, they’d send her back…That turned out fine; they’d seen many children who’d been sick all the way over and the child didn’t have a fever or other worrisome symptoms.

She put down the suitcase that she’d been lugging since they’d left the Ausonia, got Frank to put the other one next to it. He’d been a trooper; that suitcase was really too big for a little boy to carry; almost made her forgive him for asking the men on board for cigarettes, the cheek of him. Phillip carried two more cases. There he was, talking to Peggy Knowles whom they’d met on board. Peg had made the trip from Southhampton, England, where her son lived back to her home here in Portland, Maine every year or so. They could find out from her how to get from the dock to a hotel. The Vincents would take a train tomorrow to Montreal. It wasn’t far. It would be good to see her twin brothers again. Would she be able still to tell them apart, she wondered. There wasn’t much luggage; the big trunks would be sent later.

The train trip would give them an idea of what America was like, get a feel for it, for the people who lived here. They’d have to keep an eye on Frank. He’d be looking for a smoke. It was his newest passion; how did he ever get started on that? Not in Forder Farm cottage in Devon, that’s for sure. Probably on the back streets of Portsmouth when he stayed with her brother, or knocking about his shipyards there unsupervised.

But here they are in America, on the way to Canada. Meeting Peg was a good start. Maybe they’d keep in touch, write letters once in a while.

Gwen had gotten some colour back. Florence was invigorated, excited by the thought of a fresh start in a new country. Meanwhile, Phillip looked tired. He was smiling though, looking around at everything, ready to do the next thing.

She took a long last look at the Ausonia; small ship that she was, she’d carried them safely.

A sudden fondness for the vessel came over her; they had enjoyed the dining halls, the piano in the evenings. Frank investigated everything – how the tables were attached to the floor, the big clock that was set daily, the chart that showed their location at sea. Milk every day for the children, though Frank wouldn’t drink it. She’d bought a postcard of the ship, had it tucked away to bring out one day, remind the children.

Until next time then, when I’ll include some of Mathew Tierney’s poetry.  He read at The Tree Reading Series on Tuesday night, the 28th.  His poems are treasures.